The problem with the future is that it keeps turning into the present. – Hobbes

2014 was certainly a mixed bag. For now, I’d only like to add my brief perspective on what others have covered more eloquently.

We lost (and watched as others lost) those dear to us. Robin Williams hit me especially hard. The loss of our colleagues and friends was heartbreaking, including James Golick and Ezra Zygmuntowicz very recently. Ezra was so influential to me (and many others) in my current career path.

Despite how it felt much of the time 2014 was actually very good to me. While none of what follows are strictly resolutions, they are things I feel are valuable to reflect upon and appreciate.

I’ve been on a diet and exercise regimen for a little over a month now. The plan I’m following is a selection from the Four Hour Body. While I’m not seeing enormous weight loss, I am seeing a steady downward trend. It has also been a very manageable, consistent plan.

I’ve also been able to save much more this year than ever before. This has been almost entirely through reduced spending. I cook at home much more (see diet, too) and I have not made any large technology purchases this year. No new computer, no new camera or lenses. My spending was down 20% this year, and almost all of that went to savings.

I got to do something this year that I’ve wanted to try since I first got my license: drive on a track. This year I was fortunate enough to go with my father to drive a series of new Porsche cars on a track. While it was in a controlled arrangement (follow-the-leader behind a pro/teacher), we were able to perform a few laps at full throttle. I was later able to join the same group, this time with my friend Chris, at a different track.

I also got to work on my own car in preparation for maybe doing some track driving this year. New downpipes were installed (by a shop, I don’t have a lift, yet) along with a number of suspension and chasis components.

Even better, my father and I installed all new front brakes. It was a challenging but hugely rewarding process. I’m making plans to do more work myself going forward! 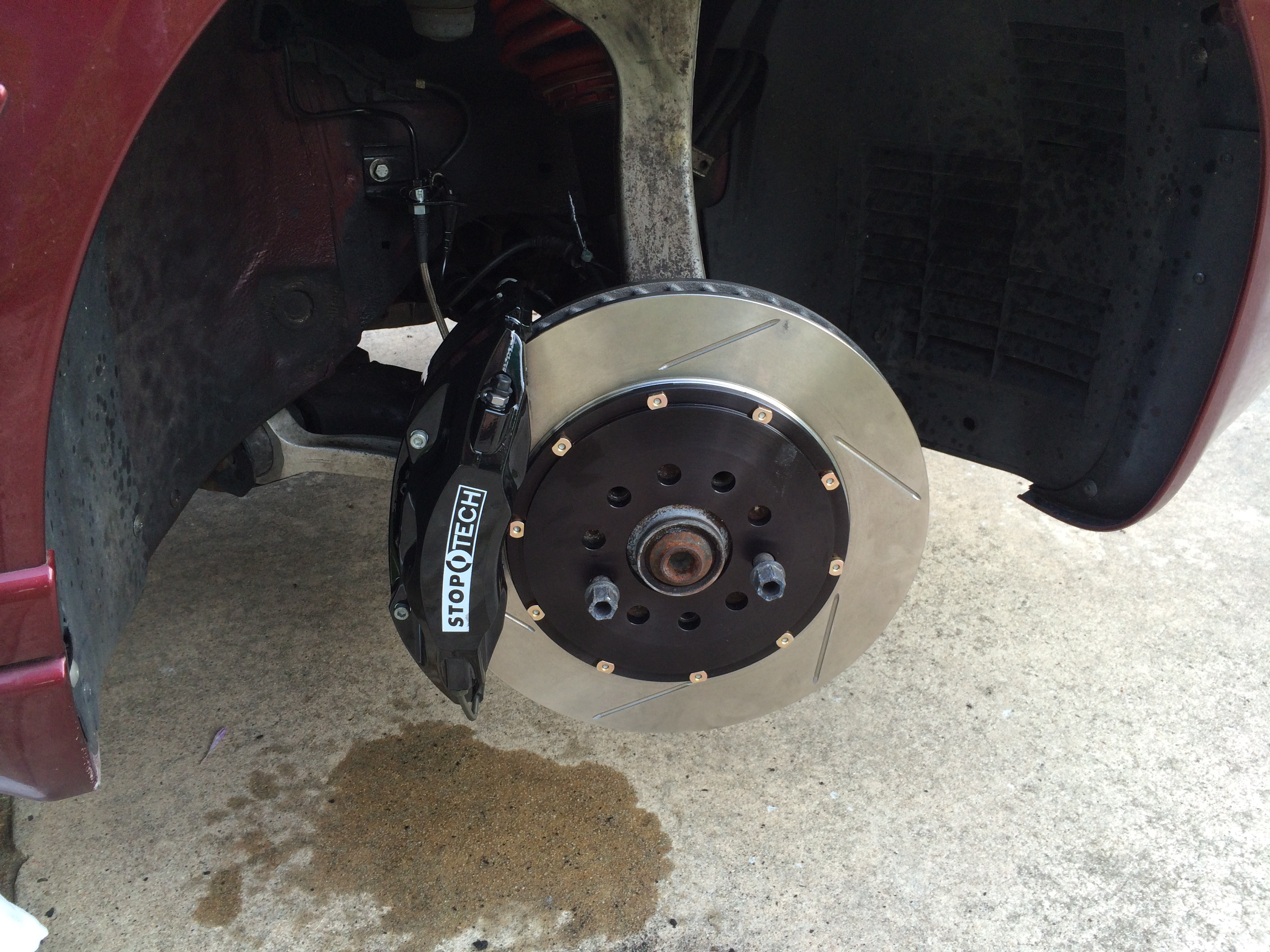 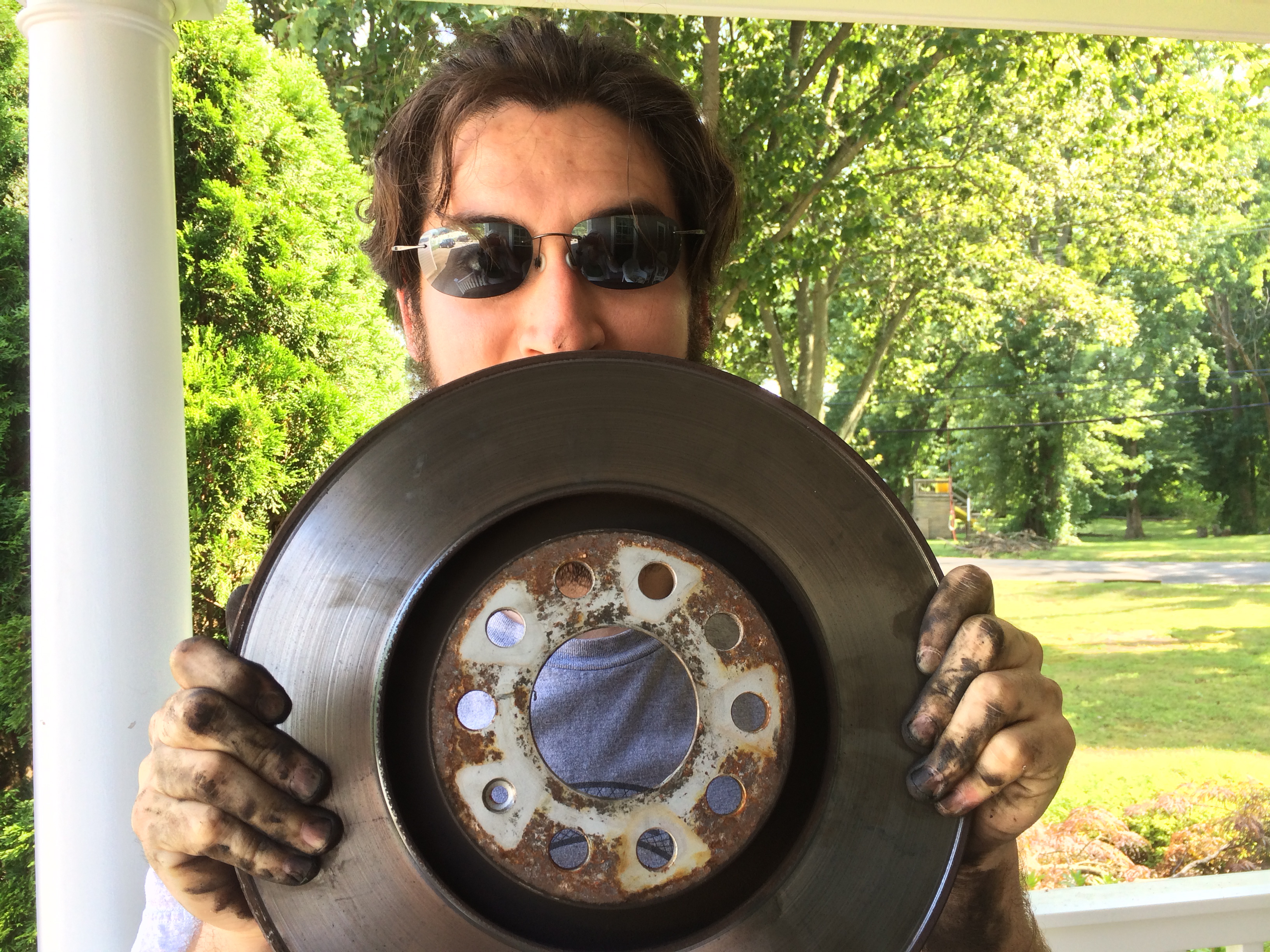 In photography, I hit a landmark (for me at least) when I gave prints of my photography as gifts. To my sister, I gave a series of photos from the beach where she and her husband were engaged. To my mother, I gave a photo of the Cliffs of Moher in Ireland, where we recently vacationed as a family for her birthday.

Lastly, thanks to Veronica, and the collection of ukuleles in our apartment, I’ve learned to play a few songs on uke. I’ve even played for some friends and coworkers on hangouts!

Lastly, and best of all, Veronica and I are engaged!

I started the year writing recaps for each month. That fell off quickly. I tried quarterly, but only did one since it was nearly the end of the year.

I transitioned very early on to using iDoneThis in combination with Day One. Both are designed around regular reminders, and allow me to write brief journals more frequently. Day One I use for photo memory on my iPhone. This combination has been much more effective for me to externalize some memories.

My reading and writing this year were generally inconsistent, but no worse than other years. I only finished reading a handful of fiction and a few tech books, with almost zero non-fiction in the mix.

I learned a bit of Elixir and Rust, but did not build anything substantial this year with either. Nor did I create any new OSS projects. And my biggest programming disappointment was not launching an iOS app I’ve been working on. However, I have reasons for why it was not launched.

I have a big list planned for 2015, but mostly I’ll be focusing on three areas:

What a year it has been! 2014 was wonderful and difficult. I am thankful for all the family and friends that helped make it possible, and who helped me get through those days that weren’t as wonderful. I can’t be anything but excited for 2015!